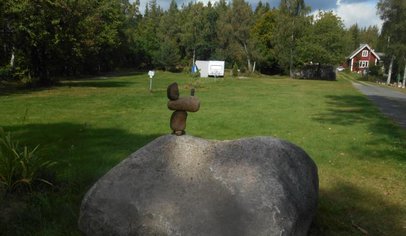 Places for tents and caravans

Hire service for boats and canoes

Fishing in our own pond 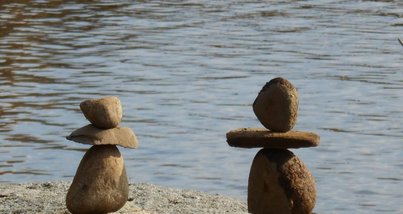 - balance in body and soul

- yogainstructions only in swedish and/or german 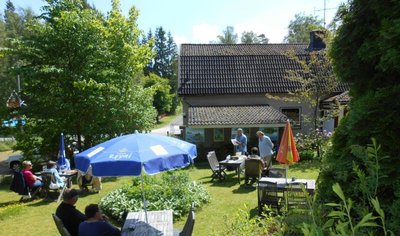 Homebaked cakes, sandwiches and more delicious - beside the river or inside

Sale of toys and souvenirs

We use ecological and faire-traderaw ingrediens 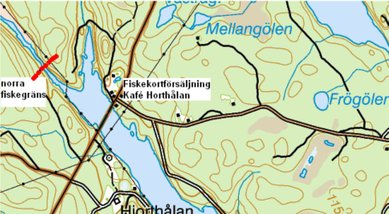 - excitement for the wholefamily

Like a village Hjorthålans Camping & Stugby adds itself into the landscape, where the Ronneby-river as a small lake clears the mixed woodland. The place works as a starting point for daily trips, whether motorized, with bicycle, boat or on "apostels' horses" (swed.).

Hidden signs of earlier activity  are found as abandoned farms, ruins limited by century-old stonehedges and "tar valleys", which even supplied the continent with that coveted raw material. The association for local history takes care of sign-posting of memorable places and organizes minstral-meetings at the "Gläntan" on the opposite bank.

Blekinge, the "Garden of Sweden", offers a great variation of natural and kultural milieus.

The Vildmarksleden, a ca. 60 km long path for walking and biking, shows the landscape in its alternating forms.

Children's favorite is Kohlshults Ponnybus, where the forest is explored from the horse back.

At Räntemåla Gård the visitor stands face to face with the king of the wood.

Canoeing is an appreciated activity here. You can start paddling from our place or book a tour through Paddelkompaniet.

Beyond the border to Småland lies the Kingdom of Cristal, where the tradition of glasblowing in many glasworks still holds on.

From here, some kilometers eastward, you can reach Öland over its buckled bridge.

Utvandrarnas Väg, The Emigrants Path, connects Eriksmåla with the seaside and illustrades the lifes and works of the emigrants as    Vilhelm Moberg described them.

Even the Emigrants House in Växjö is dedicated to those ancient people.

The nearest towns at the coast are the world heritage Karlskrona, combining tradition and modernity, the former trade town Ronneby with its mediaval church and its mineral spring and so Karlshamn, which still owns the charm of the former fishing aktivity.

Nearly everywhere at the coast of Blekinge ist it possible to bathe and the largest islands can be reached by car or ferryboat.

The Right of public access is also an obligation:

Have a nice stay